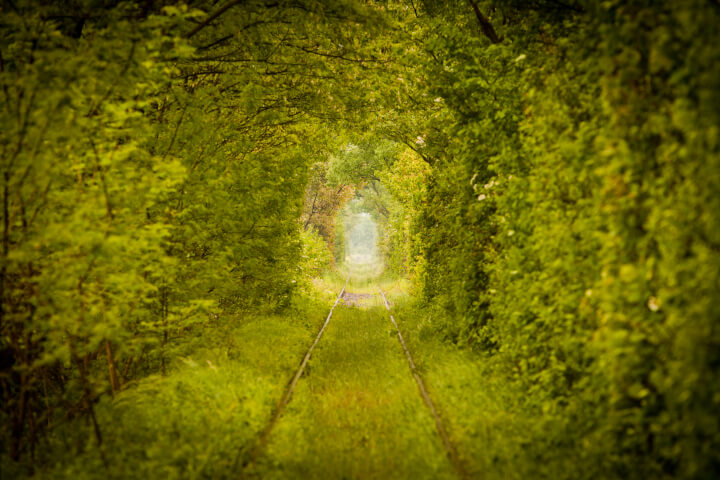 If you are planning a trip to Romania this summer for the great history and art that it offers, but have no clue where to find it, this guide is for you. Romania has a lot to offer other than its rich histories, such as the mountain resorts, skiing, great cuisines, and more. The old towns of Romania have a lot to explore, including the tales of the famous fictional character, the Dracula. Here are the places to visit while you are in Romania.

Danube Delta is Europe’s second-largest river delta which was originally a part of the Black Sea. It is your one spot to experience true nature and observe the unique species of plants and animals. It is also a home for 23 different ecosystems and offers a slow boat ride to witness beautiful sunsets.

Cluj-Napoca is the unofficial capital of the historical region of Transylvania and has the largest university of Romania. It is also home to the ancient historical arts and cultural centres. You can also find the tallest church tower of the country as well as visit the statue of a Hungarian king. Later you can visit the National Museum of Art which is built inside a former palace and has a wide collection of Romanian artworks.

Mamaia is a seaside resort located in the Black Sea. Mamaia is a small strip of land of about 5 miles. You can enjoy the beautiful and calm sand beaches as well as have fun the water park of the resort. It is a sweet spot for adults to spend 24 hours next to the black sea, but might not interest kids that much. 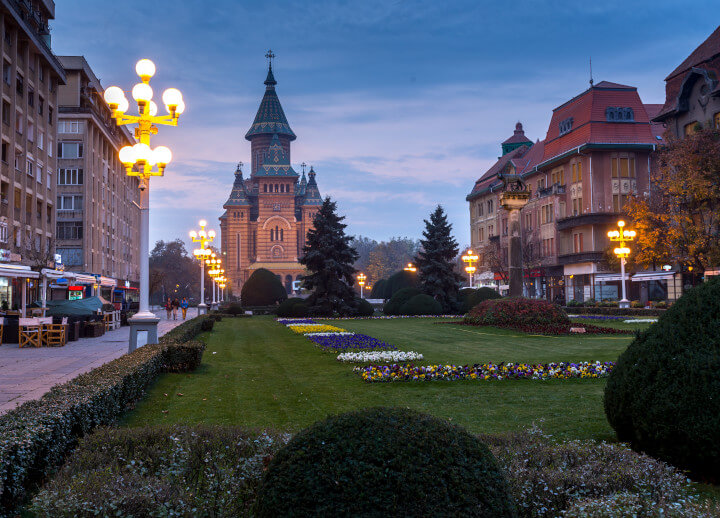 Timisoara is one of the largest and oldest cities in Romania, dating back to the 13th century. It was once a part of the Ottoman Empire and also the first European city to have electric street lamps. It has been a battleground for World War II grew back at a quick rate. You can also find many historic religious objects as well as vintage icon paintings.

Bucharest is a city which offers a modern culture with the essence of history. You can visit the ancient buildings, modern buildings, and communist-style buildings all in the same block. This European capital also has the largest Parliament building in the world with 3,100 rooms and 12 stories. The town is also home to the best medieval churches that you can visit.

Sinaia is a mountain resort which was established around a monastery which is a popular site among tourists for hiking and skiing during winter. The monastery also has the first printed Bible of Romania inside it. The town is noted for having pretty flowers, that you can notice throughout the resort.

Over time, Timisoara (city in West Romania) recorded several firsts. Besides the fact that the municipality is known as the first city in Romania in which horse-drawn trams circulated, in 1884, in Timisoara has also recorded a great premiere: it became the first European city with street lighting.

Energy essential moments of the city on the ‘Bega’ River:

1884 – European first: on November 12, 731 electric lamps were put into operation, a total length of 59 kilometers. The filaments of the incandescent lamps were made of coal;

1893 – January 1st, the Power Station Timisoara was bought with 200,000 florins by a British company and entered into joint ownership as the Uzina Electrica Timisoara (Power Plant Timosoara);

1910 – May 3rd, a Hydroelectric Plant is put into operation, equipped with three turbines during the war. Beyond that time the plant development has stagnated;

1938 – April 1st, the Power Station and Trams Community (Tramvaiele Comunale) were merged under Electro Timisoara’s name, which functioned until 1948, the year of nationalization;

1942 – During the war, street lighting was removed on September 16th, except for 63 lamps which were camouflaged. Great efforts were made to keep the plant in operation;

1995 – New solutions were introduced in designing of the electrical networks of medium and low voltage, the service transformers were modernized, the informational systems was developed, and the public lighting was also modernized;

Presently, the System Application and Product Development, SAP, was implemented in the electric power distribution in Timisoara, a complex integrated information system, which provides proper conditions for an efficient management of all the specific activities for the electric supply and distribution.

2004 – July 19th, the Enel SpA, an Italian investor signed the privatization contract for the two electrical Distribution and Supply Subsidiaries of Electrica Banat and Electrica Dobrogea SA, achieving the first privatization in the energy sector in Romania.